Instruments through the Baroque Era

The Baroque Era was the development or instruments and the beginning of the Orchestra. The orchestra was divided into  five groups:violin family,basso continuo,woodwinds, brass and percussion. 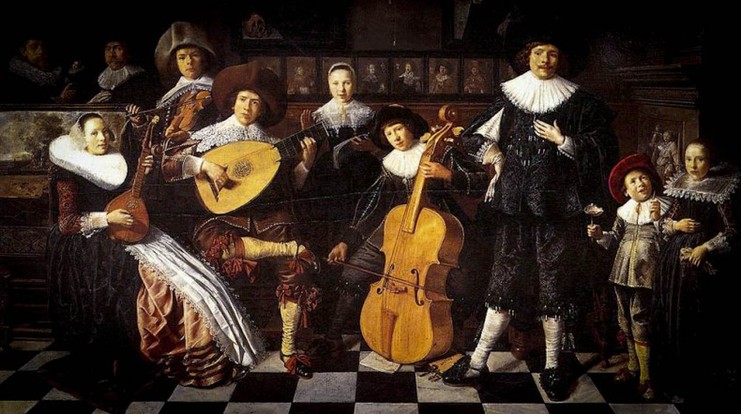 As you can see here this is the violin family,which are the
I'm going to be talking about the Violin,Lute and the Guitar.

It's almost the same violin we use today and any violin whose neck,fingerboard,bridge,and tailpiece, are of the type use during the Baroque period. Some Violins are kept the same way it was in the Baroque era and never changed into modern.
This piece is by Johan Helmich Roman - 3 Assaggi for Violin Solo
(Johan Helmich Roman (26 October 1694 -- 20 November 1758) was a Swedish Baroque composer. He has been called "the father of Swedish music" or "the Swedish Handel.") 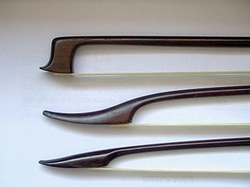 Baroque bows are quite different in construction and use. The modern violin bow contains inward curve, or camber, in the middle to make it usable with the higher, hatchet-shaped head while the "baroque" bow will look straight or bent outwards under playing tension though it is still generally relaxed. Small amounts of "corrective" camber were not infrequently used even on earlier bows and can be discerned when they are completely loose. The old bow, almost always made of the strong, dense snakewood, terminates in a lower, elegant "pike" or "swan-bill" head.
So as you can see in the picture there are three bows! The first one :(upper) Transitional Bow ,(middle) swan-bil head bow and the pike-head which is a 17th century model.

Here's a video that explain more about the diffrence between the bows, and how bows are as important as the instrument. 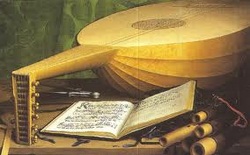 The first record of Hopkinson Smith Bach's Chaconne, made in 1988. 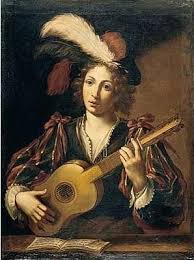 The Baroque guitar (c. 1600–1750) is a string instrument with five courses of gut strings and moveable gut frets. The first (highest pitched) course was often a single string 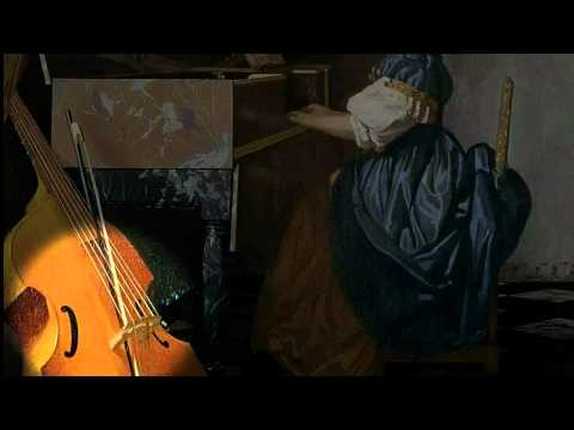 The Basso Continuo means the  "continuous bass", sometimes called"continuo", was played by a keyboard instrument and another bass instrument like the cello(old form old double bass) or bassoon. The keyboard instrument was normally a harpsichord or, if it was being played in a church , an organ.

As you can hear in this song the flute is the soloist, and the basses "Basso continuo" the cello and the harpsichord in the background and this is  Telemann Trio in A major for Flute, Cembalo and Basso Continuo. 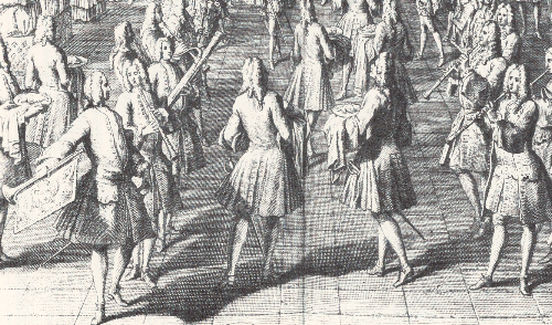 The woodwind consists of : 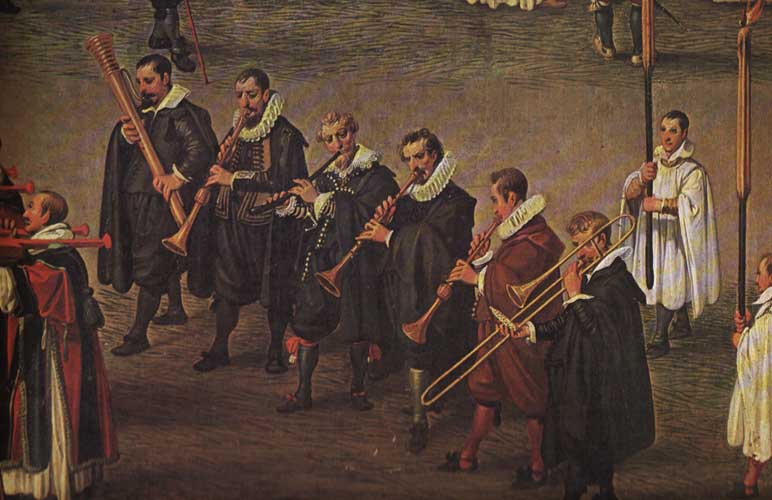 In this picture the Dulcian is the first musician on the left.
Even though the Dulcian is a Renaissance instrument, it developed to the time of baroque.It is the predecessor of the modern bassoon.which means the Bassoon developed from the Dulcian
vrije geluiden bertoli sonata settima 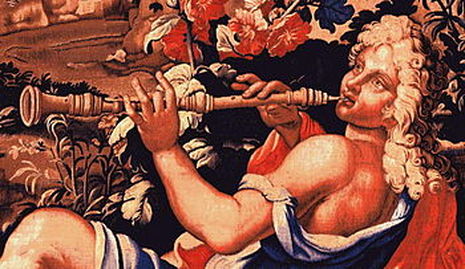 This is the baroque Oboe , not very different from oboe now a days. It was called the hautbois. This name was also used for its predecessor, the shawm, from which the basic form of the hautbois was derived
This is the best oboe I've ever heard. It is by Vivaldi, Sonata in C Minor for Oboe 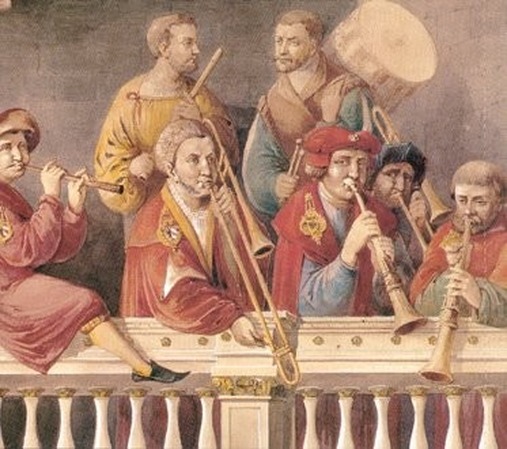 such as the Baroque trumpet,Cornetto, Serpent, Sackbut. 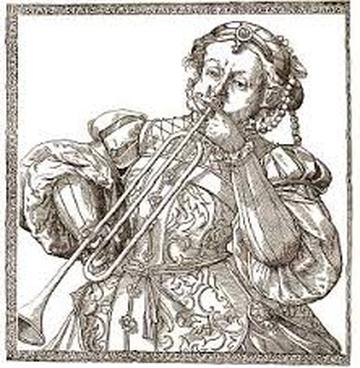 A long, narrow brass instrument with tube ends folded to overlap the center. It was a Medieval instrument but    popular during the in the Baroque , it was traditionally played in groups of three (alto, tenor, and bass) in town and court bands with cornets for church services.
Purcell - Canzona / Music for the Funeral of Queen Mary 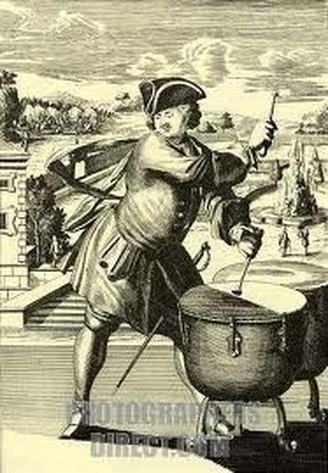 This is a Baroque Timpani, The first Timpani  concerto's was  written in the Baroque. Important concertos from these eras include Johann Fischer's Symphony for Eight Timpani and Georg Druschetzky's Concerto for six Timpani.
Powered by